Click each one to see the teams I had.

Since SW/SH, I refused to buy the PKM games myself. I obtained them as gifts, but have no interest in future games unless changes are made.

I remember playing OR/AS and thinking "hmm, that was ok but I'm sure the next one will get back to being good! X/Y was great!" And then Su/Mo came it and they were meh and I stopped buying the shitty games. I got SH as a present, and my god, it was awful. I fucking HATE Gamefreak and how awful the games after X/Y are. X/Y was the last good PKM game. 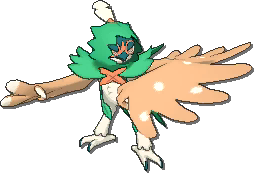 Some of my faves! I have too many. I chose my favourite sprites.

His style. My god. Love it - it's so swanky. I also love this design in general; he looks smug all the time. Plus, I like how they hinted his gambling left him...in dire circumstances, or perhaps with far less than he used to have. In Su/Mo, he appears VERY different and is a successful sharpedo rider LMAO 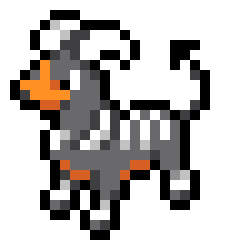 Yeah, I mean for some reason a lot of my favourite characters are one with drama in their families. The story of SW/SH is...eh and the game is worse...but I found myself liking Bede's design a lot. Besides, when he gets the opportunity to get tutored under Opal, he transforms into a super cute bishie.

Ghost pkm are my fave, and Shauntal's gothic/cute aesthetic is really nice. Her entrance is awesome too - a spiral staircase amongst a dark abyss and sea of books...her and Grimsley are easily faves. She has some of my favourite pokémon! Also: it's canon she writes fanfiction yoooo I used to be really into Pokémon competitively. I stopped around SU/MO (awful meta). I tried to pick it back up in SW/SH, but have dropped it indefinitely after hating the format and the way Pokémon/Gamefreak has gone down a shitty road.

I wanted to take part and have a chance at worlds, but I started around when I had a job. You need to do it as a kid because there's simply NO time or many ways to get around to ALL the different places to take part! Still, it was fun to meet everyone through battling!